December 12, 2022 (Investorideas.com Newswire) Junior explorer Alpha Copper Corp. is finishing drilling at two of its British Columbia projects but already likes the mineralization it has seen on the sites.


Alpha Copper Corp. (ALCU:CSE;ALCUF:OTC) is awaiting the results of drilling campaigns at two of its British Columbia projects but already likes the mineralization it has been seeing.

The junior explorer also recently signed a definitive agreement to acquire CAVU Energy Metals Corp. (CAVU:CSE; CAVVF:OTC; 5EO:FSE) and its two copper projects as the green economy looks to get off the ground.

"We believe the company stands to benefit from the global trend toward electrification, which will require increased copper production to meet the demands of the worldwide green economy," Combaluzier wrote. 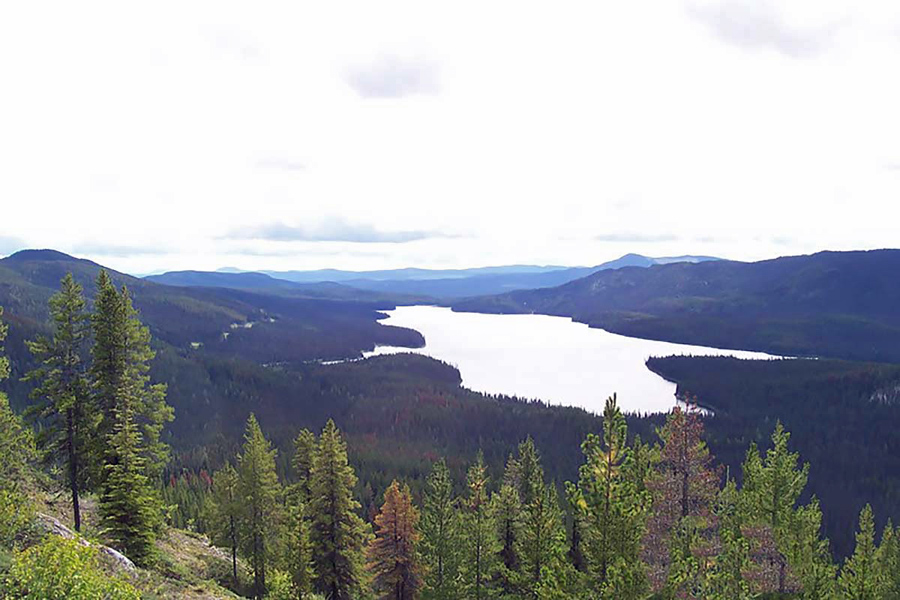 According to a recent report from S&P Global, copper, "the metal of electrification," is essential to all energy plans, but demand is expected to double from about 25 million metric tons (Mmt) today to about 50 Mmt by 2035.

"The chronic gap between worldwide copper supply and demand projected to begin in the middle of this decade will have serious consequences across the global economy," "The Future of Copper" said. "In the 21st century, copper scarcity may emerge as a key destabilizing threat to international security. Projected annual shortfalls will place unprecedented strain on supply chains.

The challenges this poses are reminiscent of the 20th-century scramble for oil but may be accentuated by an even higher geographic concentration of copper resources and the downstream industry to refine it into products.

According to the report, the amount of copper that will be required by 2050 will be more than all the copper consumed by the world between 1900 and 2021.

Electric vehicles (EVs) would not exist without the red metal; they use three times the amount of copper as cars with internal combustion engines.

The Catalyst: A 'Premier Copper' Company

The new combined company is "a premier copper exploration company" with an expanded portfolio in British Columbia and the Yukon, according to Alpha.

Alpha's British Columbia properties include Indata and the Okeover North Lake Zone, which has a historic resource of 86.8 million tonnes grading 0.31% copper (Cu) and is located about 25 kilometers from a Pacific tidal port.

Last summer, the company drilled 13 holes over 2,140 meters there. Porphyry copper mineralization was observed in six of those holes.

"The technical team is really, really excited about the rock," Alpha Copper President and Chief Executive Officer Darryl Jones told Streetwise Reports. "These types of mineralized bodies, you can drill 50 holes before you start getting into what we're getting into."

Alpha also is finishing an initial 2,000-meter drilling campaign at Okeover, which is on the south coast of British Columbia, 145 kilometers northwest of Vancouver. It's made up of 12 claims totaling more than 4,600 hectares. The company hopes to confirm historical data, including a hole drilled in 2007 that showed an intercept of 76 meters grading 0.34% Cu, including 19 meters grading 0.42% Cu.

They are seeing the "same type of mineralization" at more than double the depths in some places.

"It's more intense, it's highly altered, and we're seeing it at 550 meters depth, where this system has never been tested below 200 meters," Jones said.

Assays from Indata and Okeover are expected by the end of the year or at the beginning of 2023.

The next steps are to extend the resources and develop a NI 43-101-compliant resource estimate.

"We could be into a very, very big chunky system up there," Jones said.

The purchase of CAVU also nets Alpha its Star and Hopper projects.

Star is a multi-target copper-gold porphyry project in the Golden Triangle with 106.98 meters graded at 0.77% Cu in one hole. Over 13,000 meters of modern drilling have been completed there, and it is fully permitted for 200 drill sites until 2026.

Hopper is a 74-kilometer multi-target porphyry copper-molybdenum project in the Yukon with "significant copper-gold-silver peripheral skarn mineralization," Alpha said. The best intercept there has been 22.28 meters at 1.405% Cu.

There is still plenty of copper to be found in the world, scientists say. According to the S&P report, an estimated 3.5 billion metric tons (Bmt) of copper are still undiscovered.

"We're in a really good position," Jones said. "Copper is getting all the attention."

Chile and Peru are the world's top two producers, accounting for 38% of world production, and China accounted for over 40% of the refined copper produced globally, the report said.

It can take more than a decade to develop a new mine, so any needed growth in capacity will likely come from a combination of expanding existing mines and progress in opening mines currently under development.

5) From time to time, Streetwise Reports LLC and its directors, officers, employees or members of their families, as well as persons interviewed for articles and interviews on the site, may have a long or short position in securities mentioned. Directors, officers, employees or members of their immediate families are prohibited from making purchases and/or sales of those securities in the open market or otherwise from the time of the decision to publish an article until three business days after the publication of the article. The foregoing prohibition does not apply to articles that in substance only restate previously published company releases.