July 14, 2022 (Investorideas.com Newswire) A simpler open-pit only mine plan for Seabridge Gold's massive KSM copper-gold project in northern B.C. could attract a joint-venture partner. But it might not be the company you think.


Seabridge Gold Inc.'s (SEA:TSX; SA:NYSE.MKT) KSM project in British Columbia's Golden Triangle is one of the biggest gold-copper projects in the world, but a combination of its enormous size and previous mine plans involving complex and capital-intensive block-cave scenarios made finding a partner to help put it into production challenging.

An updated prefeasibility study (PFS) released in late June that defers block caving in the mining schedule and contemplates open-pit mining only for the first three decades based on just 25% of KSM's total resources is a creative solution, Seabridge and some mining analysts say. 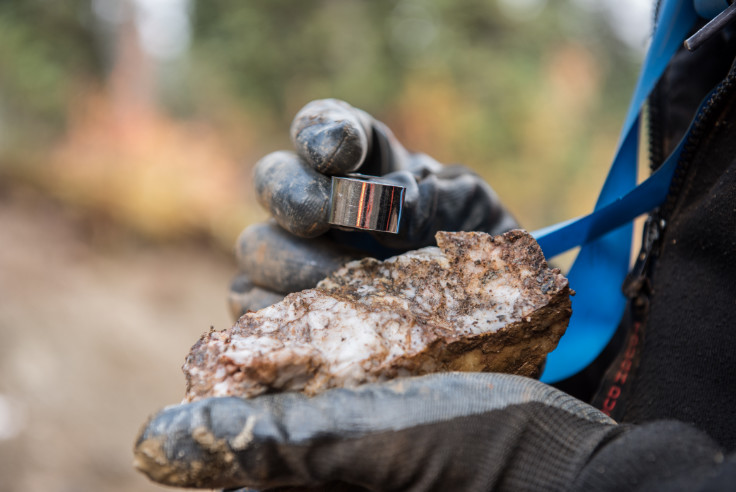 "The capex and payback period were the big hurdles to this, and they've done a great job of improving a lot of the economics in this latest version," Matt Badiali, the founder and CEO of Mangrove Investor Media, an independent investment research publisher, tells Streetwise Reports.

"Some of the simple things they've done [are] ramped up the size of the mill throughput to 195,000 tonnes per day from130,000 tonnes per day, increased gold production by 90%-that's pretty significant-and also reduced the mine life by 20 years, and that is a big deal on carrying costs," Badiali explains. "If you can compress the time it takes to mine the material and ramp up the economics, the payback gets shorter."

The analyst also points to other improvements, including a smaller environmental footprint, reduced waste rock production, and the electrification of the mine haul fleet.

While the discount rate "is kind of light at 5%," Badiali says, "the takeaway is still that Seabridge management has done a very good job of focusing on what matters. There is no question that this is a massive metal endowment. The question was, is it a business or a science project, and I think that this PFS goes a long way to making the case that this is a business-you can go in there and spend $6 billion to build it initially and then make your money back and then some."

"The IRR doubled, the after-tax NPV exploded," he continues. "They've also knocked down their strip ratio by 23% making it more efficient, so I think this has been a pretty significant improvement in economics, which in my opinion is what they need to attract a partner."

Seabridge CEO and co-founder Rudi Fronk acknowledges that the company's chief priority is getting a partner in place at the right price that is willing to commit the whole way to building the mine.

"We've been engaged with a number of companies over the years and in fact have turned down some proposals on KSM," Fronk says in an interview. "Our view is that we only get to do this once and it has to be with the right partner on the right terms."

"One of our challenges has always been that KSM has got so large that the potential universe of partners is quite limited," he says. "When you look at companies that mine both metals [gold and copper], we see seven potential partners or less. It requires a large amount of dollars to build and you're looking at a mine that is producing metal for generations. There are very few companies equipped to do that."

And with all of Seabridge's previous mine plans involving specialized block cave mining, he noted, the universe of companies with the technical skills to do it successfully over long periods is even more limited to perhaps only two large companies, which is one of the reasons the new PFS excludes block cave mining until after KSM's first 33 years of production.

While the list of potential joint-venture partners would include the obvious large-tier and deep-pocketed miners like Rio Tinto, BHP, and Vale, Newcrest Mining might be interested, too. The Australian mining company owns 70% of the Red Chris mine, which is close to KSM and also has had great success with block cave mining. (Seabridge's forthcoming technical report will include a preliminary economic assessment of what block cave add-ons would look like beyond year 33.)

For his part, Badiali believes potential suitors might not be the obvious ones.

"Rudi is philosophically a gold bug, but this is a big, big polymetallic deposit," he says. "There are a lot of people who look at this project as a copper project with moly and then gold. It would not shock me at all to see a base metal producer come in who is looking for long-term sources of battery metals."

At the same time, traditional mining giants in the West could be out-maneuvered by well-heeled Asian conglomerates looking for battery metal supplies.

"One of the interesting things about the mining world we live in is that it's in flux," Badiali says. "You have the rise of battery manufacturers, so traditional mining giants are starting to face competition from companies like South Korea's LG Chem and some of these other companies with deeper pockets, so it wouldn't surprise me if they found a partner that we don't anticipate."

Seabridge's goal is to hang on to a "meaningful interest" in the project, which Fronk says would be a 30%-49% stake, and without having to spend the same percentage of the capital required to build the mine. "In the first seven years of production, KSM will generate approximately $2 billion a year in cash flow," he says. "If we can keep 30-49% of that, it will generate a much higher share price than we're trading at today."

Sealing the Deal With Permits, Clearances

In addition to finding the right partner, the company's other main focus is permitting. Currently, KSM has all the permits it needs to start construction, but they will expire in July 2026. What it needs to do is get the government's "substantially started" designation, which will ensure the continuity of its approved Environmental Assessment Certificate for the life of the project.

To that end, Seabridge raised $225 million in February from Sprott Resource Streaming and Royalty Corp. and the Ontario Teachers Pension Plan to complete work programs from building bridges, roads, camps, and fish compensation areas to a switching station that can tie into the hydropower grid. Fronk says the company will apply to the government for the designation sometime after 2023.

Fronk notes that Seabridge looked at more conventional financing, but it would have involved massive dilution to the company's shareholders. "If we'd done that we would have had 18% equity dilution," he says. "The way we did it, we had no equity dilution, and the money doesn't need to be repaid in a loan, and automatically converts into a silver royalty on production. Silver represents about 2.5% of the project's revenues, so the 60% royalty equates to about a 1.5% charge on our revenues-far better than the 18% dilution our shareholders would have suffered had we done a conventional equity raise."

Fronk says he's confident the government will approve Seabridge's application for the substantially started designation because of the strong relationships the company has developed with First Nations groups.

"The bottom line to get that designation, what the government will be looking at, is support from First Nations and if you've got that, you'll likely get it," he says. "We have a very good relationship with the First Nations."

Seabridge has had impact benefit agreements in place for many years already with the two key First Nations groups-Tahltan and Nisga'a-he says, noting their claims are directly around the project. Another three First Nations, the Gitxsan, Gitanyow, and Skii Km Lax Ha have claims downstream of KSM, and Fronk says they have been supportive of the project. In addition, Seabridge has received letters of support from the mayors and councils in Smithers and Terrace, B.C.

"One of the things they've done a great job of has been being onside with all of the powers that be to get this project into production," Badiali says. "They started environmental baseline studies from day one, working with First Nations in the region early on, sourcing electricity from hydroelectricity-they'll run powerlines from BC Hydropower-which is great."

"Companies talk about 'earning' a social license, but the fact is, you never 'earn' it," says Fronk. "You always have to improve what you have. We have to work with them, getting them engaged in the project...because at the end of the day, we're in their territory impacting their traditional ways of life."

"Never in my wildest dreams did I think KSM could get this large," he adds, noting that at the time of acquisition his geologists thought there might be 5 million oz. of upside potential beyond the 3 million ounces outlined. "You have to pinch yourself sometimes. There's nothing as big as KSM in terms of gold reserves or resources."

Meanwhile, time has also been on Seabridge's side, as infrastructure in B.C.'s mineral-rich Golden Triangle has improved.

"I think the region we're in B.C. is going to become one of the most dominant mining districts in the world," Fronk says, "and we're sitting there with the largest project of any of them."

2) The following companies mentioned in this article are billboard sponsors of Streetwise Reports: Seabridge Gold Inc. Click here for important disclosures about sponsor fees. The information provided above is for informational purposes only and is not a recommendation to buy or sell any security.