June 13, 2022 (Investorideas.com Newswire) Could this aspiring junior have the next company-maker IOCG deposit on its hands? One junior explorer operating in Chile recently acquired 18,000 hectares between one giant copper mine and another massive development-stage project. Management thinks this could be another success story for a company with a history of turning little into lots. 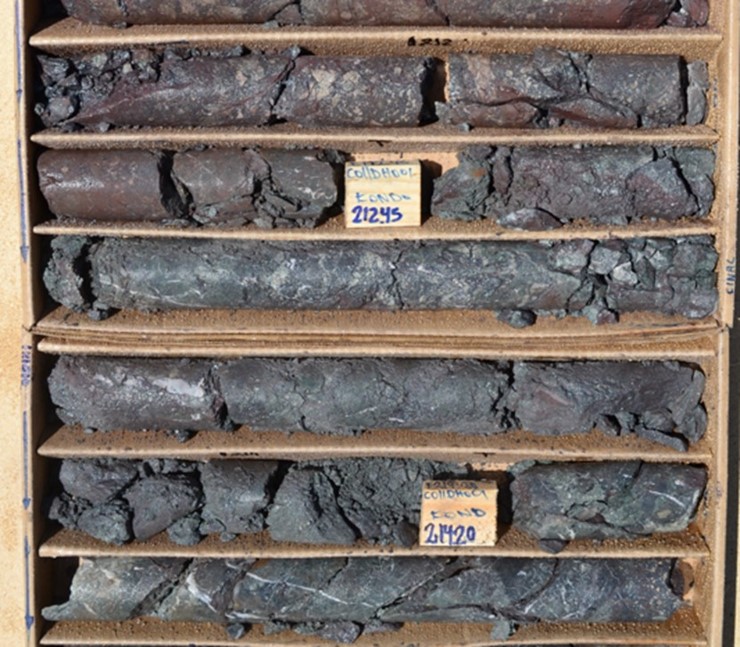 Sumitomo, along with Teck Resources Ltd. (TECK:TSX; TECK:NYSE), had spent about $15 million drilling some 34,000 meters on the property between 2008 and 2013 and even outlined a resource-but it's not a National Instrument 43-101 compliant resource.

Confirming a new NI-43-101-compliant resource through further drilling is a high priority for Golden Arrow management.

"We're just north of Copiapo in an area that's home to giant mines - Mantoverde, Candelaria, and even the Santo Domingo project. We're kind of the hole in the donut between a billion tonnes of resources. We've got 18,000 hectares right in the center of it," Golden Arrow Vice-President of Exploration Brian McEwen told Streetwise Reports.

The junior's management team believes that dramatic increases in prices for all the commodities identified at San Pietro - copper, gold, iron, sulfur, and especially cobalt - should provide the project with robust economics.

A new National Instrument 43-101 compliant resource could happen at San Pietro in short order, possibly at the Rincones target area.

Rincones abuts Santo Domingo and has been the focus of the drilling to date. There are four other target areas that have seen at least some drilling but previous geophysical work outlined targets that Golden Arrow believes need to be looked at through a different lens.

Golden Arrow Has Done This Before

In 2012, Golden Arrow optioned a property that - after a lot of drilling and development - morphed into the Chinchillas silver project.

Six years later, Chinchillas ranked as the seventh-largest undeveloped silver project in the world, and it was spun into Puna, a 75/25 joint venture with SSR Mining Inc. (SSRM:NASDAQ) holding the majority stake as operator.

It was a good fit.

SSR had the producing Pirquitas silver mine and mill in Jujuy province, Argentina, while the nearby Chinchillas silver deposit added significant ounces to the mill feed.

It's rare to go from zero to production in six years at any mining project - and Chinchillas is still going strong five years later. The Puna operation has current proven and probable reserves of almost 39 million oz silver.

In 2019, SSR bought out Golden Arrow's interest in Puna for $44.4 million in cash and shares, and Golden Arrow immediately began to look for ways to leverage those assets into another world-class project. Then COVID hit. And the search paused.

Once global pandemic restrictions eased, the junior did its due diligence, placed a $3.35-million bid at Sumitomo's property auction - and won.

In a small bit of serendipity, between the time COVID hit and SSR acquired San Pietro, shares in SSR went from $19 to about $26, essentially covering the cost of the acquisition. 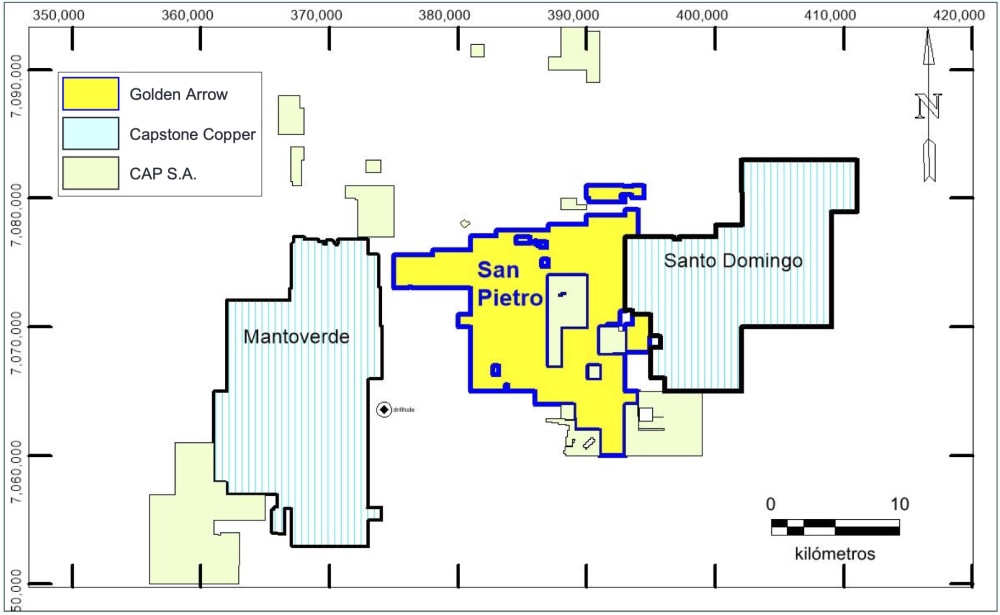 Proven Projects in the Region

Capstone Copper Mining Corp. (CS:TSX)'s Santo Domingo iron-oxide-copper-gold (IOCG) project, which it acquired when it bought Far West Mining for $725 million in 2013, is east of San Pietro. It is permitted and undergoing an updated feasibility study due in H2/23.

So why didn't Capstone buy the San Pietro property? McEwen says that the bankers brokering the San Pietro sale told him that it was offered to Capstone but the company had its hands full with the Mantoverde acquisition.

The current price for cobalt, due largely to its role in lithium-ion battery production, is $41,000/tonne or $46/lb - that's 10 times more valuable than copper.

Golden Arrow management looked at the cobalt numbers assayed in previous drilling, and McEwen says the cobalt grades are comparable with what's been found at Santo Domingo. However, in some cases, the grade is as high as 700 ppm - more than three times the average grade at the neighboring project.

The Santo Domingo feasibility study outlines the addition of a roaster (to literally roast the ore to release the cobalt) and a specific cobalt recovery circuit. Essentially, the cobalt, despite the added recovery costs, makes the project economics work. As a bonus, the operation would produce sulfuric acid as a byproduct that could be sold for different industrial uses.

"We believe the cobalt is going to make a big difference," McEwen said.

The Santo Domingo feasibility study also outlines significant iron production, with as much as 30% of the revenue coming from iron sales.

San Pietro and the nearby mines all sit in an iron-oxide-copper-gold belt that runs through the region. Management has already reached out to CAP S.A., a giant Chilean iron miner to discuss San Pietro and the iron grades there.

San Pietro is about 100 km north of the city of Copiapo, and due to a lengthy history of mining in the region, there is plenty of infrastructure, including roads, electricity, and desalinization plants (a lack of water for industry is common in Chile).

Reuters reports that Grosso Group Chairman and Founder Joseph Grosso owns 7.24% of Golden Arrow, while other members of management also own significant positions.

2) The following companies mentioned in this article are billboard sponsors of Streetwise Reports: Golden Arrow Resources Corp. Click here for important disclosures about sponsor fees. The information provided above is for informational purposes only and is not a recommendation to buy or sell any security.