Get investor ideas from our AI, cannabis, cleantech, crypto, gaming, mining, sports podcasts - be a guest or sponsor: call 800 665 0411

Verdi Talks 'Bleed for This', 'Silence' and His New Psychological Thriller

Chad you were recently awarded the Sam Spiegel producer award. Can you tell us about the presenting event and the significance of the Sam Spiegel award that you received?

It's pretty cool that the Flickers' Rhode Island International Film Festival (RIIFF) is ranked as one of the Top 10 Festivals in the United States. RIIFF is a qualifying festival for both the Short Narrative and Documentary Short Film Academy Awards through its affiliation with the Academy of Motion Picture Arts & Sciences and the British Academy of Film and Television Arts (BAFTA). There are only 6 film festivals worldwide that share this distinction and RIIFF is the only festival in New England. Just being mentioned is the same sentence with the great Sam Spiegel is a huge honor. Winning the Producer of the Year Award from Flickers is one of the highlights of my career in film. I also want to thank Steven Feinberg for all his support over the years.

Chad, what are your thoughts on seeing the surprise congratulatory videos from Martin Scorsese, Emma Tillinger Koskoff and Pamela Thur at the Oscar-night awards ceremony?

It was a great surprise and a HUGE honor to have Marty, Emma and Pam send their best wishes to me on awards night. Words can't express my gratitude.

Any update on the timing of the release dates for Bleed for This, the upcoming American biographical drama based on the life of former World Champion Boxer Vinny Pazienza and Silence? (Silence -from director Martin Scorsese, starring Liam Neeson and Andrew Garfield , set in the seventeenth century, two Jesuit priests face violence and persecution when they travel to Japan to locate their mentor and to spread the gospel of Christianity). Is it still looking like around the fourth quarter for both films?

Yes, at this time I would say the fourth quarter of 2016 would be correct, but as everyone knows in this business, things can change in a split second.

Anything new going on in Verdi Production these days?

Yes a lot! We are looking at acquiring several films at Cannes and Toronto this year. We also want to release our film ‘Yellow' later this fall. The big news for Verdi Productions involves a psychological thriller film that we have in development that's slated for a 2017 start date. Tom DeNucci is the director and co-writer of the film. Some of the names we're thinking of include Johnny Depp and Scarlett Johansson. It's a very exciting time for all of us.

OK, thanks for taking time out of your busy schedule for us Chad.

Verdi Productions is redefining how films are made on the East Coast. Unlike other film productions that come to the Northeast, Verdi is establishing itself as a fixture in the Rhode Island community. Verdi Productions does not operate on a project-to-project basis, but instead functions like a west coast studio, with established offices, full time employees, and a continuous stream of product.

Chad A. Verdi on Linkedin.com 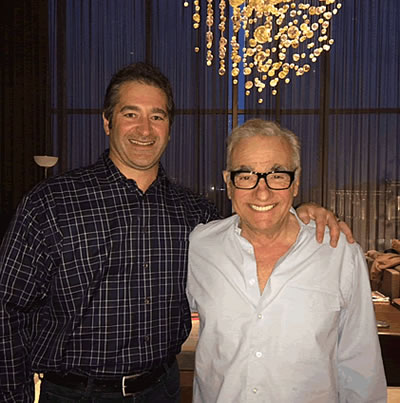 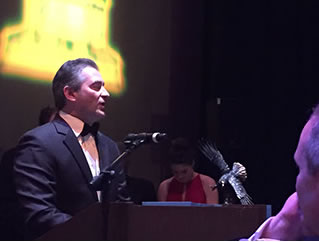 InvestorIdeas.com is a global news source. Sectors we cover in include mining, energy, renewable energy, water stocks, food and beverage (including organic and LOHAS , wine), defense and security, biotech, technology and mobile. We have also recently expanded our global coverage to include Latin American stocks, sports and entertainment.

Disclaimer/ Disclosure: The Investorideas .com newswire is a third party publisher of news and research as well as creates original content as a news source. Original content created by investorideas is protected by copyright laws other than syndication rights. Investorideas is a news source on Google news syndication partners. Our site does not make recommendations for purchases or sale of stocks or products. Nothing on our sites should be construed as an offer or solicitation to buy or sell products or securities. All investment involves risk and possible loss of investment. This site is currently compensated by featured companies, news submissions, content marketing and online advertising. Contact each company directly for press release questions. Disclosure is posted on each release if required but otherwise the news was not compensated for and is published for the sole interest of our readers. More disclaimer info: http://www.investorideas.com/About/Disclaimer.asp

Verdi Productions is a featured company on Investorideas .com