Get news alerts on this company!

We are a gold exploration and development company.

Fortune Bay Corp. ("Fortune Bay") was formed through a series of public transactions that have been spearheaded by Fortune Bay's Executive Chairman, Wade Dawe. Linear Resources Inc. was formed pursuant to articles of amendment dated October 6, 1999, and Mr. Dawe was appointed to its Board of Directors. In 2003, Mr. Dawe assumed the role of President and CEO, and the company then changed its name to Linear Gold Corp. ("Linear Gold" or "Linear") and focused on gold exploration in the Americas. Later in 2003, Linear raised initial equity financing of CDN$7.3 million and subsequently acquired a number of gold assets in Central America from Switzerland based Xstrata PLC. As part of the transaction with Xstrata, the Ixhuatán property, located in Chiapas, Mexico, was acquired. Exploration activity at the Ixhuatán property from 2004 to 2007 by Linear resulted in a significant +1.7 million ounce gold discovery. From 2003 through 2009, Linear Gold raised in excess of CDN$75 million from the capital markets to fund its exploration activities.

On August 20, 2009, Linear, through a wholly owned subsidiary, purchased the Goldfields Property for US$5,000,000 in cash, the assumption of certain liabilities and the issuance of 727,272 common shares of Linear. The Goldfields property hosts a +1.0 million ounce gold deposit.

On June 25, 2010, Linear amalgamated with Apollo Gold Corporation to form a new company Brigus Gold Corp. ("Brigus"), and Wade Dawe was appointed Executive Chairman. Post-merger Brigus operated the Black Fox gold mine in Ontario, Canada, while advancing its gold deposits in Mexico and Saskatchewan, Canada. The company employed approximately 400 people and traded on both the Toronto Stock Exchange and the New York Stock Exchange.

On June 27, 2016, Fortune Bay Corp. completed a transaction pursuant to which it acquired 100% of the issued and outstanding shares of Ireland based software developer Kneat Solutions Limited. The corporation subsequently changed its name to "kneat.com, inc." and listed on the TSX-V with the trading symbol KSI. As part of the transaction, Fortune Bay Corp. spun-out its gold resource properties by way of a court-approved plan of arrangement in Ontario; and formed a new gold-focused corporation to hold the Goldfields project and the Ixhuatán project which changed it's name to – Fortune Bay Corp.' The new Fortune Bay Corp., second company to have this name, currently trades on the TSX-V with the symbol FOR

Why Invest in Fortune Bay?

0.9 million ounces of gold in Inferred

Attractive valuation with opportunity for re-rating 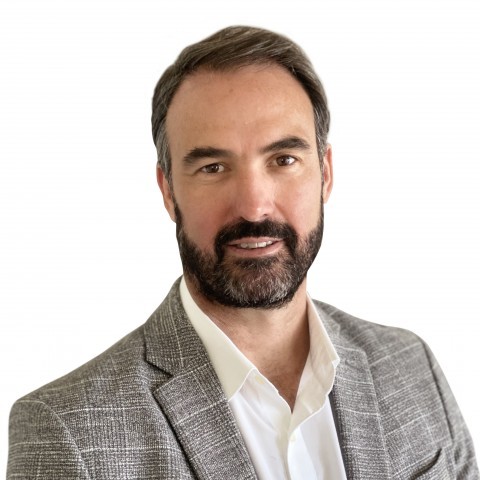 Mr. Verran has over 20 years of international experience in the mining and mineral exploration industry. He is a recognized business and technical leader with a proven track-record of project generation, discovery and project advancement, in both Africa and Canada. Most recently, Mr. Verran served as Vice President, Exploration for Denison Mines Corp., a Lundin Group Company. He has previously served as Executive Technical Director for a large independent exploration group operating in Africa, Remote Exploration Services (Pty) Ltd (Mineral Services Group), and as Exploration Manager for Manica Minerals Limited, a private prospect generator company with an extensive multi-commodity portfolio of projects in Africa. 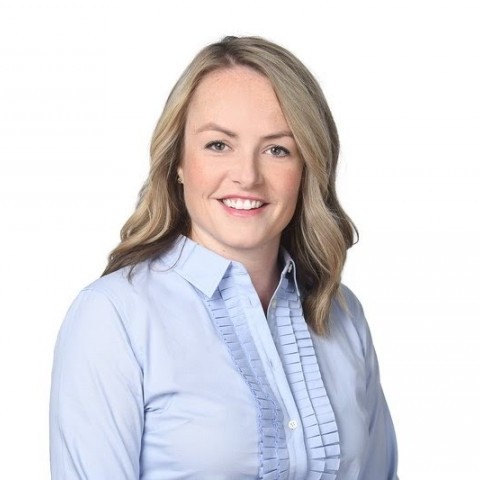 Ms. Oliver has over 10 years of experience working in the accounting and finance industries – most recently as the Chief Financial Officer of the predecessor company to Fortune Bay Corp. beginning in November 2014. She worked with PwC Canada in their Consulting and Deals group and then in their Assurance practise, as a Senior Manager where she assisted her clients through various acquisitions and mergers, public and private financings and advising on accounting policy and control implementation. Ms. Oliver has been a Chartered Professional Accountant, Chartered Accountant since 2007. 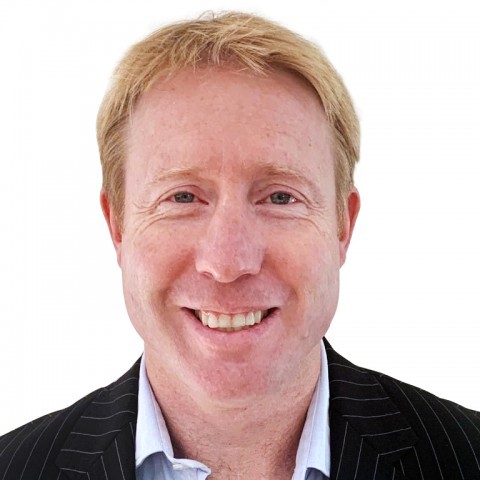 Mr. Garlick has approximately 20 years of international experience in the mining and mineral exploration industry. He has work experience in all aspects of the mining cycle ranging from grassroots exploration to resource estimation and resource reconciliation on producing mines. Most recently, Mr. Garlick served as Senior Geologist and Consulting Projects Manager at Mineral Services Canada Inc., a consulting company based in Vancouver, B.C., Canada. Mr. Garlick holds a Bachelor of Science in Geology (Honours) from the University of Cape Town and is a registered Professional Natural Scientist (SACNASP).

Mr. Dawe is an accomplished entrepreneur, financier and investor based in Halifax, Nova Scotia, Canada. He has founded or co-founded a number of successful companies, including Keeper Resources Inc. (2003) which was sold for $51.6 million in 2008, and Brigus Gold Corp. (2010) which was acquired by Primero Mining Corp. in 2014 in an all share deal valued at $351 million. Since 2005, Mr. Dawe has been actively involved as the principal financier of TSX listed biotechnology company Immunovaccine Inc., and serves on its Board of Directors and as Chair of its Finance committee. He currently serves as a director of TSX listed Pivot Technology Solutions Inc. and of TSX-V listed kneat.com, inc.

He holds a Bachelor of Commerce degree from Memorial University (MUN), where he serves on the Advisory Board to the Faculty of Business Administration. His philanthropic activities include establishing and personally funding the annual James R. Pearcey Entrepreneurial Scholarship at MUN, and he recently funded DC Makes, a new entrepreneurship-based program at the Discovery Centre in Halifax, NS.

Mr. Dawe, originally from Newfoundland, is also a member of the Young Presidents' Organization (YPO), an international organization for business leaders.

Dr. Gross has extensive capital markets experience, having served as either an executive or as a director with a number of venture stage companies. Dr. Gross was a founder and chairman of the board of NWest Energy Corp. prior to its successful initial public offering in 2008. Dr. Gross is currently on the Board of Sona Nanotech Inc., which is developing a lateral flow test for Covid-19.

A Professor of Orthopaedic surgery for over 20 years, he consults extensively in design and implantation techniques with the Orthopaedic manufacturing industry. Dr. Gross is also the founder of companies specializing in proprietary medical devices. He received his degree in medicine from the University of Newcastle Upon Tyne in England. He obtained a Fellowship in Surgery in London and a Canadian Fellowship in Orthopaedic Surgery in 1981. Dr. Gross has completed the Rotman Directorship program and is a member of the Institute of Directors.

Ms. Lee is a Corporate Director and Chartered Professional Accountant with over twenty years of professional experience in accounting and investments including eight years of experience at the Board of Directors level. As a member of the senior executive team of private and public investment companies, she is knowledgeable of securities laws and has a broad range of experience in investing, corporate finance and transactions including mergers, acquisitions and take-over bids. Through her experience as a Director of several publicly-traded companies in diverse industries, Ms. Lee has experience dealing with the high level issues facing public entities, particularly with respect to financial issues through active participation in the Audit Committees. Ms. Lee received her undergraduate degree in Business Administration from St. Francis Xavier University and her ICD.D designation from the Institute of Corporate Directors and the Rotman School of Management.

Mr. Shaw has over 30 years of mineral exploration experience throughout the Americas. With Golden Star Resources/Cambior Inc. he worked with the generative and development teams at teams at Omai (Guyana) and Gros Rosebel (Suriname). He was a founding member and Exploration Manager with Metallica Resources Inc. (Cerro San Pedro, Mexico; Gramalote, Colombia; Mara Rosa, Brasil; El Morro-La Fortuna, Chile). In Perú he was co-founder of Compañia Minera Phosphex, responsible for re-discovery of the giant Mantaro phosphate deposits (Sprott Resource Corp.-Stonegate Agricom). With AngloGold Ashanti he served as Chief Geologist, Colombia and Consultant for the Americas, and was a formulative member of the generative team which identified and advanced numerous projects including Gramalote, La Colosa and La Quebradona, which presently contain drill indicated resources exceeding 40 million ounces of gold. Mr. Shaw holds a Master of Science in Economic Geology (1990) from the University of Alberta, and most recently served as Editor and lead author for a major Springer Nature volume (2019) describing the geology, tectonics and metallogeny of the northern Andean region.

The mineral resource and reserve estimates for the Project are considered historical in accordance with NI 43-101. Further details regarding historical estimates can be found under Resources & Reserves.

The Project has a history of gold production (64,000 oz Au produced between 1939 to 1942), numerous exploration drilling campaigns (~80,000 metres of drilling in ~675 drill holes) and various mining studies (including a 2007 Feasibility Study for the Box deposit prepared for GLR Resources Inc. that prepared in accordance with NI 43-101). The Box open-pit mine and mill development is permitted having received Ministerial approval under the Environmental Assessment Act in May 2008. The 9,500 hectare Goldfields property presents numerous exploration opportunities, including the potential to expand the Box and Athona deposits and discover additional resources at several other gold prospects and occurrences.

The technical and scientific information for the Goldfields Project has been reviewed and approved by Dale Verran, M.Sc., P.Geo., Chief Executive Officer for Fortune Bay Corp., who is a Qualified Person as defined by NI 43-101. Mr. Verran is an employee of Fortune Bay and is not independent of the Company under NI 43-101.

The 100% owned Ixhuatán Project, located in Chiapas State, Mexico, is an advanced gold project with exploration and development upside.

The Ixhuatán Project consists of the 4,176 hectare Rio Negro concession which is valid until May 10, 2051. The Project is located immediately southwest of the Santa Fe mine and is accessible by roads running five kilometres east of the town of Rayon, Chiapas. Rayon is situated 120 kilometres south of Villahermosa, Tabasco State. The Ixhuatán Project is an exploration project which hosts the Campamento deposit, the Cerro La Mina prospect, and numerous other exploration targets. The property is not subject to any royalties, back-in rights, payments or other agreements and encumbrances.

A historical mineral resource estimate was completed for the Campamento deposit in accordance with NI 43-101 with an effective date of June 22, 2006. At a cut-off grade of 0.5 g/t gold, the estimate includes:

The mineral resource estimate is considered historical in accordance with NI 43-101. Further details regarding historical estimates can be found under Resources & Reserves.

Disclaimer: Corporate Profile is prepared by Investorideas.com and approved by featured company management; all information is from public sources. Fortune Bay Corp is a featured mining company on InvestorIdeas. Please read our full disclaimer and disclosure regarding specific compensation. Nothing on our sites should be construed as an offer or solicitation to buy or sell products or securities. We attempt to research thoroughly, but we offer no guarantees as to the accuracy of information presented.