A2Z Technologies Canada Corp. is an innovative technology company based out of Israel, specializing in military technology and expanding into the civilian markets. A2Z has been operating for over 30 years and has a client base with 75 recurring clients, including the Israel Defense Forces, Security Forces, and Ministry of Defense among others. A2Z plans to leverage their cash flow-generating core-business to expand into the civilian robotics and automobile markets.

According to Zion Market Research, the Military Robotics space is expected to reach $53.93B by 2027 for a projected CAGR of 13.5%.(Summary of Report)

A2Z has been an Israel Ministry of Defense contractor for over 30 years and a significant portion of its business is long-term service contracts.

Expansion into Civilian Markets: To drive growth, A2Z plans to adapt its military technologies for the much larger civilian markets. One patent-pending product is a capsule (FTICS) that prevents vehicle fires resulting from collisions. A2Z has also been granted a patent for a smart vehicle cover device that protects automobiles from natural elements while the vehicle is parked and is stowed away safely in the vehicle's bumper when not in use.

Fuel Tank Intelligent Containment System (FTICS): In the event of a collision, the FTICS installed into the fuel tank prevents the ignition of fuel, thereby mitigating the spread of fire and explosion, minimizing risk to human life and property damage. According to the NFPA, from 2014 to 2016, an estimated 171,500 highway vehicle fires occurred in the United States, resulting in an annual average of 345 deaths, 1,300 injuries, and $1.1 billion in property loss annually.

Bentsur Joseph has a ~64% ownership stake in the business with 30,000,000 shares subject to an escrow agreement. 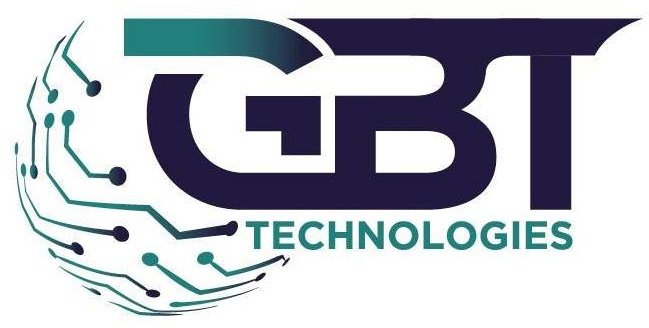 GBT Technologies Inc. (OTC PINK: GTCH) ("GBT") (http://gopherprotocol.com/) is a development-stage company which considers itself a native IoT creator, developing Internet of Things (IoT) and Artificial Intelligence (AI) enabled mobile technology platforms. GBT has a portfolio of Intellectual Property that, when commercialized, will include smart microchips, mobile and security applications and protocols, and supporting cloud software. GBT's system envisions the creation of a global mesh network. The core of the system will be its advanced microchip technology that can be installed in any mobile or fixed device worldwide. GBT envisions this system as a low-cost, secure, private mesh network between any enabled devices, providing shared processing, advanced mobile database management/sharing and enhanced mobile features as an alternative to traditional carrier services.

SilverCrest is a Canadian precious metals exploration company headquartered in Vancouver, BC , that is focused on new discoveries, value-added acquisitions and targeting production in Mexico's historic precious metal districts. The Company is led by a proven management team in all aspects of the precious metal mining sector, including the pioneering of a responsible "phased approach" business model taking projects from discovery, finance, on time and on budget construction, and production with subsequent increased value to shareholders.

SinglePoint, Inc (OTCQB:SING) is a technology company with a focus on acquiring companies that will benefit from the injection of growth capital and technology integration. The company portfolio includes mobile payments, daily fantasy sports, ancillary cannabis services and blockchain solutions. Through acquisitions into horizontal markets, SinglePoint is building its portfolio by acquiring an interest in undervalued companies, thereby providing a rich, diversified holding base.

Direct Solar is a subsidiary of SinglePoint Inc, a technology and acquisition company. (OTCQB: SING). Direct Solar America is a solar energy brokerage with more than 3,500 home installations, which has enabled residential solar customers to shop for options in order to find the best option for the home. Like Rocket Mortgage or Lending Tree, Direct Solar representatives provide homeowners with a variety of financing and service providers; this has made the process of buying solar much easier for homeowners. Direct Solar is operational in eight states and continues to expand its residential solar footprint. Direct Solar Commercial serves customers that own and/or manage commercial properties. Along with Direct Solar Capital, an alternative energy financing solution, commercial projects have access to $50,000 to $3 million in funding for solar installations.

Weyland Tech (OTCQX: WEYL) is a developer and global provider of mobile business software applications. The company operates its CreateApp™ platform-as-a-service (PaaS) across three continents and 10 countries, including some of the fastest-growing emerging markets in Southeast Asia. The platform provides a mobile presence for small-and-medium sized businesses (SMBs) that is supported locally by distributor partnerships.

Both Verdi Productions and The Woodhaven Production Company are fully funded film production companies, covering all aspects of filmmaking - from conception of script through postproduction.


Disclaimer/ Disclosure: Our sites do not make recommendations. Nothing on our sites should be construed as an offer or solicitation to buy or sell products or securities. We attempt to research thoroughly, but we offer no guarantees as to the accuracy of information presented. All Information relating to featured companies is sourced from public documents and/ or the company and its management and is not the opinion of Investorideas.com.

BC Residents and Investor Disclaimer: Effective September 15 2008 - all BC investors should review all OTC and Pink sheet listed companies for adherence in new disclosure filings and filing appropriate documents with Sedar. Read for more info: http://www.bcsc.bc.ca/release.aspx?id=6894

Non Profits on Investorideas.com – Causes we believe in

Become a Featured Company on Investorideas.com